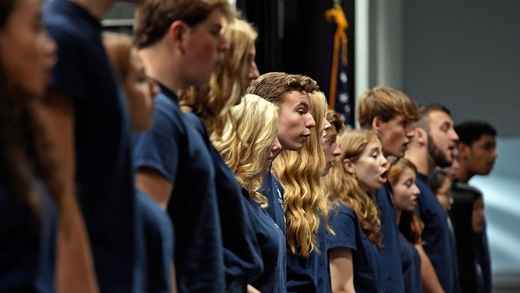 New London — A vacant former convalescent home on Viets Street is expected to be the new home of a 56-bed residential care facility for drug and alcohol rehabilitation.

Massachusetts-based Landmark Recovery secured a special use permit from the city’s Planning and Zoning Commission on Thursday to open the facility at 89 Viets St., the former home of a 76-bed facility and part of Harbor Village Convalescent Home. The convalescent home consolidated its operations into a complex across the street about four years ago.

Attorney Mathew Greene, who represents Landmark, said the new plan was an adaptive reuse of a building that is unlikely to ever be used again.

A key part in developing the zoning amendment, Greene said, was “taking a building that used to have a fair amount of activity and figuring out how can you reuse this building with less activity.”

“Nursing homes are closing, and likelihood of another nursing home there is extremely remote, as evidenced by the fact it has been vacant four or so years,” he said.

The proposed facility, which requires a state license, could open as early as next year with “an intense trauma and behavioral-based clinical program,” as opposed to using substitute drugs, such as Suboxone, as a therapy method.

“Landmark may safety detoxify participants under medical monitoring standards,” the application states. “Depending on an individual participant’s addiction this is typically a 4-day initial service (but can run more in some case). The treatment program is then a strict abstinence program. Landmark’s treatment programs are based on the early intervention stage of addiction and substitute drug therapy is not appropriate for this type of program.”

There is a minimum 20-day stay, but more likely many of the clients will stay 45 days or more, depending on a person’s insurance coverage, said Bill Giovannucci, vice president of development for Landmark Recovery. Landmark is a for-profit company that will pay taxes. Patients of the facility are required to have the ability to pay for services and many will use benefits provided by the Family Medical Leave Act under their employer-based insurance plan.

Greene said because of the type of care and payments accepted, “you don’t have transients, people coming for four or five (days) to get sober and leave.”

The New London facility will feature a host of licensed professional counselors, therapists and medical professionals.

Services would not be provided to anyone outside the facility and there would be limited traffic since incoming patients, who are prescreened, are dropped off and do not have their own vehicles, Greene said. While there is a structured treatment program, patients are there voluntarily and not under any kind of court-ordered diversionary programs.

Developers propose minor renovations to the building other than construction of an 8-foot-tall fence to replace a chain-link fence at the rear of the parcel.

“From the outside, it’s going to be a very quiet building,” Greene said.

The interior of the facility features wings for males and females and conversion of some former rooms into office space and treatment areas.

Human Services Director Jeanne Milstein said “we have a crisis in our country and it's really important to have all kinds of different treatments as long as it's evidence based and that we see good outcomes.”

As part of its unanimous approval on Thursday, the Planning and Zoning Commission has required Landmark to provide the city with annual reports on how many clients are admitted and their lengths of stay.

“The worst kind of building to have in a neighborhood is an empty, deteriorating one,” Stuller said.

Stories that may interest you