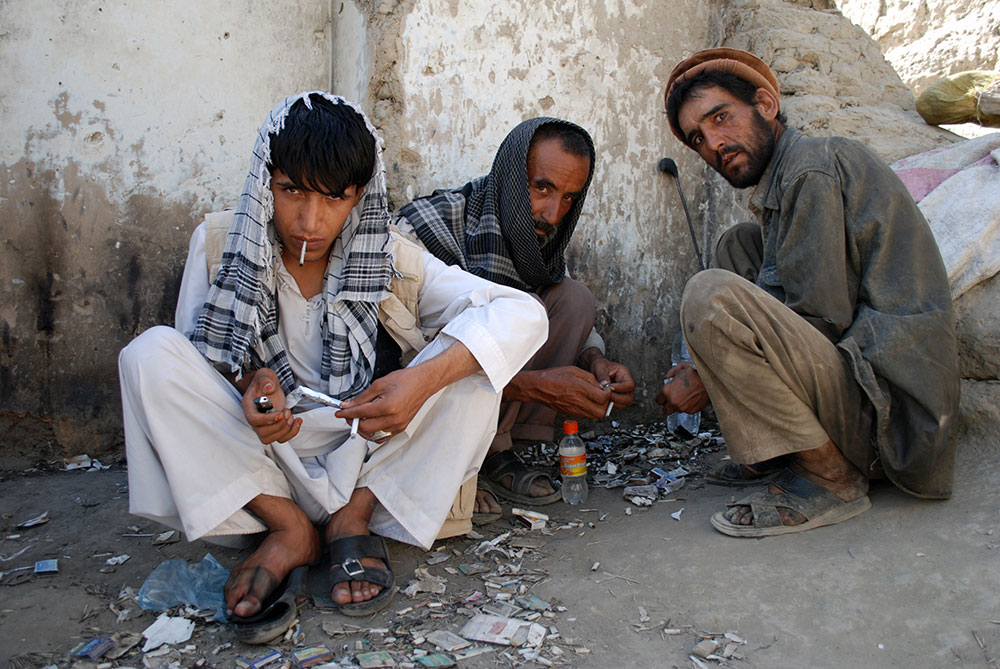 Illegal drug markets all around the world bring in drugs to the United States. The U.S. is one of the leading markets for cocaine, but doesn’t produce any of the world’s supply. The relationship between where a drug is produced and where it is used will give us useful information leading to education and abstinence from a particular substance if we know where it comes from. Furthermore, we can learn about illegal practices both at home and abroad that will foster an understanding about drugs and their place within the world economy. Below is a list of drug producing countries and where their drugs are smuggled for consumption.

It is reported that around 30 percent of Afghanistan’s economy is drug-related. The country produces many drugs but is primarily known for manufacturing opiates from the poppy plant. Though it produced 80 percent of the world’s opium supply according to the United Nations, the primary markets for heroin and other opiates are Western and Central Europe as well as the America’s, with the United States being the biggest market in the Western hemisphere.

Though Peru, Chile, and Bolivia are rising on the world stage for cocaine production, the trafficking of the drug is in still in the control of the Colombians. South America produces nearly all of the world’s cocaine and though the cultures of the continent often chew the coca plant for a modest rush comparable to caffeine, they are not primary market for the highly concentrated powder we call cocaine. North America (namely the United States), Europe (namely Great Britain), and Oceania (namely Australia) are the biggest cocaine markets in the world. Post-production cocaine use has risen in the continent, specifically in Brazil, but the dominant markets remain elsewhere.

Marijuana and other THC based drugs come from the cannabis plant and are the world’s most used illicit substance. Although cannabis is produced all around the world, including Afghanistan and South Asia, Morocco is the leader for cannabis production in Africa which puts the country in an ideal spot to sell to Western Europe and beyond. Although clinical treatment for cannabis is higher than any other drug in Africa, the world market for cannabis resin sits mostly in Europe, Morocco’s neighbors to the north.

The West African country Nigeria is known for its smuggling of amphetamines, which has become the second most abused class of drugs in the world. Though The Netherlands is known for its high use of amphetamines and similar stimulants, the United States and Australia have seen increases in abuse of the drugs that include ecstasy and methamphetamines. In addition, the United Nations has seen increased smuggling into Japan and the Republic of Korea.

For the world’s most used substance, marijuana needs another major producer to meet the demand. Paraguay is South America’s biggest cannabis producer. There was a seizure of 100 tons of cannabis in 2007. Despite Colombia’s monopoly on the cocaine trade, Paraguay produces four times as much cannabis resin.

Perhaps the most prominent reason to give up a drug habit, besides personal health and sanity, is the tantalizing effect it has on the world economy. Drug use in the region of production has increased with cocaine production in South America, but largely the drugs are trafficked into the first world, people that can afford to keep up a drug habit. If you are struggling with addiction, you can free yourself from its chains and clean your conscience by entering a twelve-step program, clinically managed detox facility, and inpatient residential treatment. Please call Right Path drug rehab centers to get your long-term therapy started today.

← The West Virginia Opioid Epidemic
How Meditation, Yoga, and Martial Arts Can Facilitate the Recovery Process →