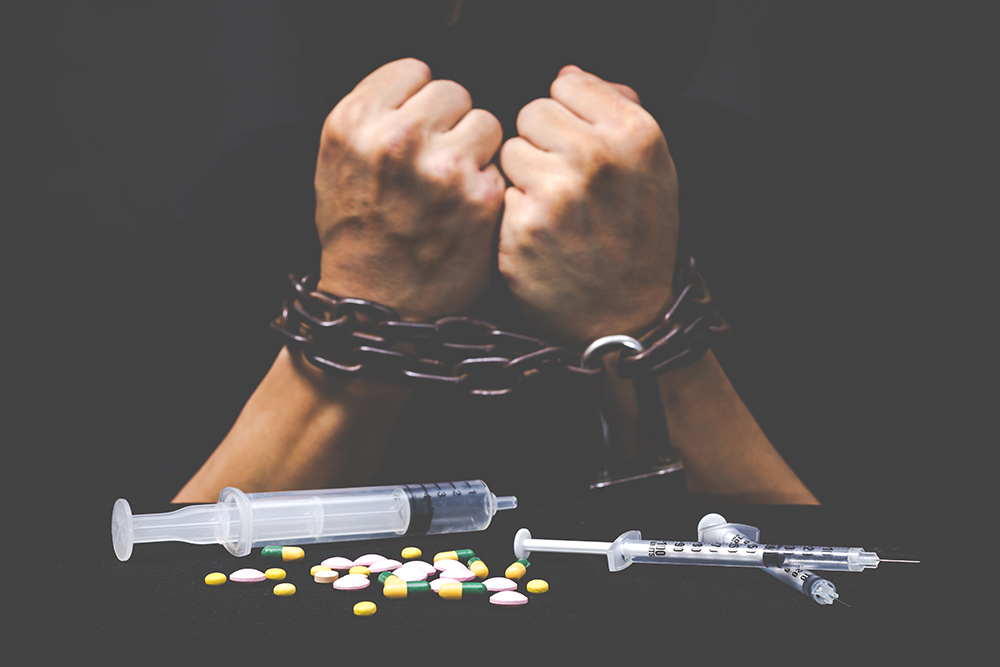 Opioid withdrawal is a dangerous, excruciating endeavour in the best of times, under the care and supervision of qualified professionals in addiction recovery centers. But some people are not so lucky and are forced to detox in jail cells, where they may be deprived of care or maintenance treatment.

In 2007, the U.S. Department of Health and Human Services estimated that 15% of the people entering jails and prisons were addicted to heroin, an opioid drug. Most U.S. jails, however, don’t give inmates any treatment or medication for opioid withdrawal, and they must suffer through the symptoms unmedicated. While some cases of withdrawal are relatively minor, with symptoms such as insomnia, muscle pain, and runny nose, others must endure dangerous levels of diarrhea and vomiting, dehydration, and even delirium, seizures, and convulsions. The withdrawal process can last between several days and a week.

When inmates are forced to go through untreated opioid withdrawal, several adverse effects occur. Those who are going through withdrawal may attempt to find heroin in jail to ease their symptoms, and spread bloodborne diseases like HIV due to shared needles. People who detox from opioids cold turkey are also in danger of overdose once they leave jail—their tolerance is reduced to zero, and when they try to take the same dose as before jail, their system can’t handle it, and they die. Inmates who don’t receive methadone maintenance treatment while in jail are unlikely to seek out methadone treatment in their communities after being released, and don’t get help from addiction treatment facilities. And unfortunately, people who don’t get treatment have a much higher risk of recidivism and are likely to be arrested again.

For some inmates, the only way to get treatment or medication in jail is to lie about their symptoms. Some people claim that they’re suffering from alcohol withdrawal, a potentially fatal condition, while others intentionally harm themselves in order to get help. Researchers who interviewed inmates who had gone through withdrawal behind bars heard the story of a man who only received treatment for heroin withdrawal after he had had a heart attack. When they can’t get help, inmates have to be creative in their attempts to ease their symptoms. While some buy Tylenol or aspirin from the prison dispensary, others acquire sedatives and other drugs from fellow inmates.

Criminalizing people with substance use disorders only further marginalizes them and reduces their chances of positively and effectively returning to society. Those addicted to opioids should be allowed the basic dignity of withdrawing in a drug rehab program, where they’ll be cared for and attended to. If you or someone you love is addicted to drugs or alcohol, please email or call our sensitive representatives today to learn about our luxury drug rehab program, where clients recover in tranquility and privacy. Our experienced and caring staff are trained to provide a monitored, safe detoxification process where the client’s comfort is the highest priority. Please contact Right Path Drug Rehab today to take a step toward lifelong sobriety and health.

← The First Sip of Alcohol
The Heroin Epidemic in America →