Will Donald Trump’s “Wall” Stop Drugs From Coming Into The United States? 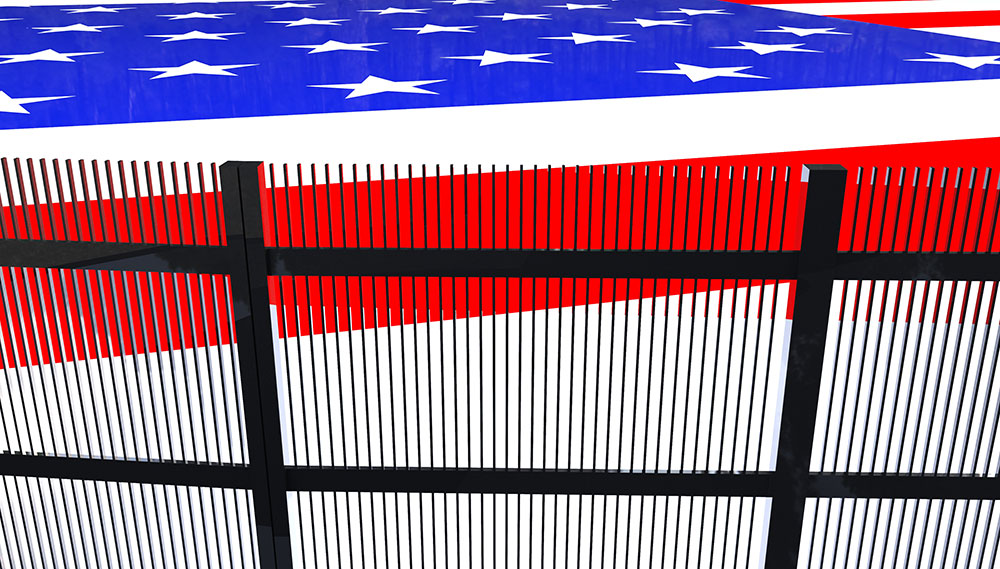 Republican president-elect Donald Trump opened up his campaign with a speech about our “unsecured” border, saying that the illegal Mexican immigrants coming into the United States are “bringing in drugs” that are “poisoning our blood,” amongst other equally controversial and provocative statements. Now that he has been elected, will the wall– which may manifest as a fence or an abstract idea– effectively keep drugs out of the country?

It is less than a month until Trump takes office. When his transition team asked where the promised wall could be erected, officials tasked with the job are reportedly considering fencing on parts of 1,900 mile border. In the report by the New York Times, Texas representative Henry Cuellar and others share the view that it is simply physically impossible to build a wall around the city of Laredo, Texas.

Even if they succeeded in building the “big, beautiful wall,” would it manage to keep illicit drugs from being smuggled across the border and into the other side? The current trend in smuggling is to build vast, expansive tunnels underground that transport narcotics and other drugs across the border. In April 2016, the DEA seized the largest tunnel to date, at an estimated length of eight football fields, or 800 winding yards.

If the border has altered smugglers tactics of crossing the border with drugs even without building a metaphorical and physical monolith separating the two countries, there is little cause to believe that building one would make a significant difference. Going through the trouble to build long, underground tunnels is proof of that lengths that the people are willing to go to continue their cartel at any costs.

The effective way to stop drugs from coming into the country and “poisoning our blood” is to solve the immense problem of addiction epidemic. The War on Drugs has been waged for forty five years and drug use showed little signs of slowing down until the problem was adequately addressed by Surgeon General Vivek Murthy and his program Facing Addiction in America.

A 2012 graph juxtaposing the U.S addiction rate and bolstered Drug Control Spending from 1970 to 2010 showed little to no relationship.

With the incoming Trump Administration, the White House may take a 180 degree turn back to a policy of criminalization and incarceration, suggested by Trump during the Presidential Campaign by vowing to be “tough on crime.”

The appointment of Senator Jeff Sessions is another indicator of the cabinet’s plans for combating drug use. Sessions has been very critical of marijuana legalization and use. He even said that the Ku Klux Klan was “OK until he learned that they smoked marijuana,” attorney Thomas Figures told CNN, who is a black man that Sessions called “boy” on multiple occasions.

The NAACP reports that though nearly 14 million white people report using an illicit drug and 2.6 million black people said the same, black people get incarcerated for drugs at ten times the rate as whites do. Jeff Sessions once called the NAACP, America’s oldest and largest civil rights organization, “un-american.”

Criminalizing drug use and putting up a physical wall will not keep out drugs. Comprehensive, specialized drug addiction treatment at a drug rehab center is the only method to eradicate the addiction epidemic; one person, one addiction treatment center, at a time. Please call Right Path Drug Rehab to set up a consultation at one of our many substance abuse treatment facilities.